By browsing this site you accept cookies used to improve and personalise our services and marketing, and for social activity. Read our privacy policy for more about what we do with your data, as well as your rights and choices – including how to manage cookies.
Skip to the end of the images gallery 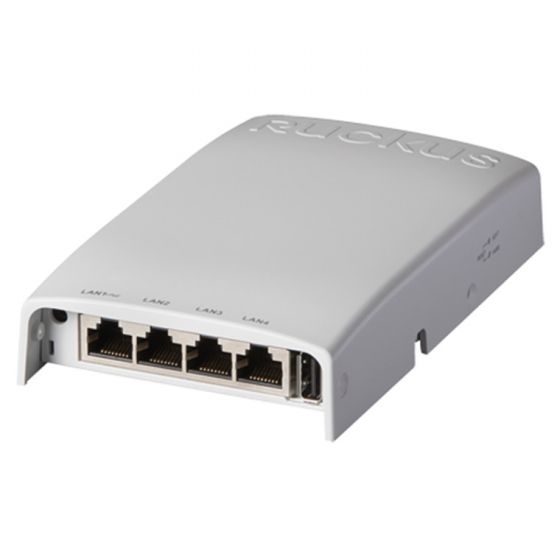 Skip to the beginning of the images gallery

Rockus
Be the first to review this product
NZ$597.00
In stock
SKU
Ruckus ZoneFlex H510

Compatible with any service provider

Aim for the best price in New Zealand

The ZoneFlex H510 supports Multi-User MIMO (MU-MIMO) as a Wave 2 solution and can increase network throughput by transmitting to two Wave 2 clients at the same instant in time. This efficient utilization of the Wi-Fi channel boosts performance for Wave 2 clients but also frees up airtime for all clients, which means even non-Wave 2 clients see a performance benefit.

Equipped with four Ethernet ports for in-room access, the ZoneFlex H510 can be used to connect a range of wired network devices such as IPTV set top boxes, IP telephones, or networked minibars while simultaneously providing dual band 802.11ac wireless LAN coverage. An IEEE 802.3af-compliant Power-over-Ethernet (PoE) port on the H510 allows devices such as IP telephones to be powered directly from the wall switch. The H510 itself may be powered via standard PoE or a DC power adapter.

The ZoneFlex H510 offers maximum flexibility and future-proofed utility. It is designed to securely support future add-on radio modules for wireless connectivity beyond best-in-class Wi-Fi. The cable pathways at the rear, support legacy cabling such as RG6 or CAT3/CAT5. Existing services such as video and voice over Ethernet can co-exist within the same junction box, reducing both installation time and construction costs. The H510 can be deployed as a standalone device or centrally managed by SmartZone, ZoneDirector, or FlexMaster management platforms.